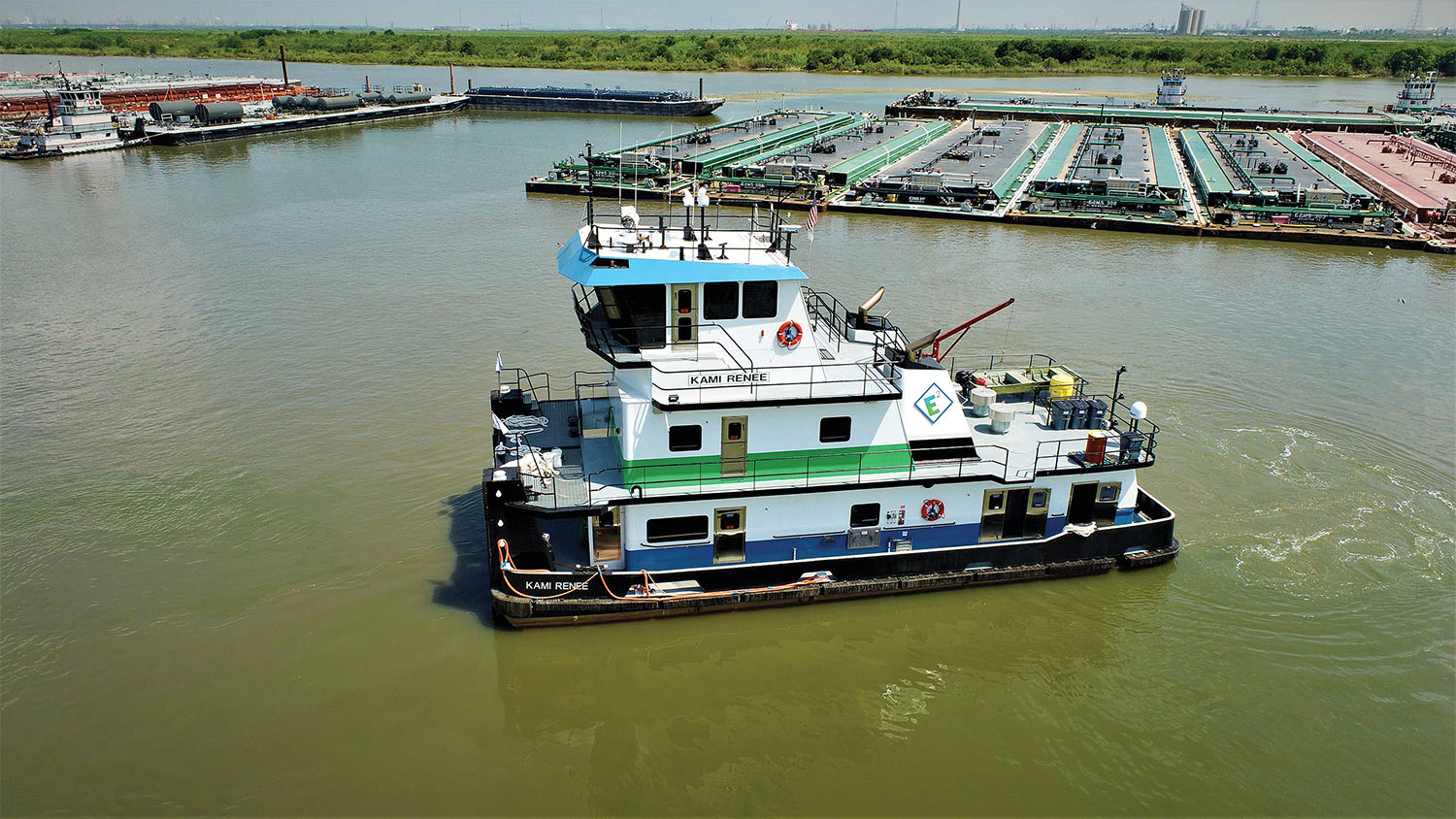 Vessel Repair of Port Arthur, Texas has delivered the “New” MV Kami Renee to E-Squared Marine Service “We’ve worked with Laborde Products on several new builds through the years, so, as expected, the Amelia Ray job had no snags from the engine supplier. The owner of the Amelia Ray, Mr. Lee Leboeuf was a pleasure to work with. His team of personnel were first class in every respect and got the job done. We look forward to working with this group again in the future,” said Joseph Rodriguez, owner of Rodriguez Shipbuilding. The Amelia Ray is powered by a pair of Mitsubishi S6R2-Y3MPTAW Tier III diesel engines, producing 803 hp at 1,400 rpm, coupled to Twin Disc 5321 gears.

The in line 6-cylinder Mitsubishi S6R2 engine has a displacement of 30 liters, which puts it in a heavy-duty league of its own to meet the demands of our customers.

This is the 28th pair of Tier 3 S6R2 Mitsubishi engines Laborde Products has delivered to date, providing reliability time and time again. Mitsubishi Heavy- Duty Engines are superiorly engineered, mechanically controlled, and built with a dedication in providing simple and dependable engines for the marine markets.

Laborde Products is a commercial engine distribution company specializing in the commercial marine and industrial markets. Laborde is the distributor for Mitsubishi, FPT, Yanmar, Hatz, Steyr, and PSI engines. Laborde provides service, training, and parts support from their offices in Covington, Louisiana and Houston, Texas.