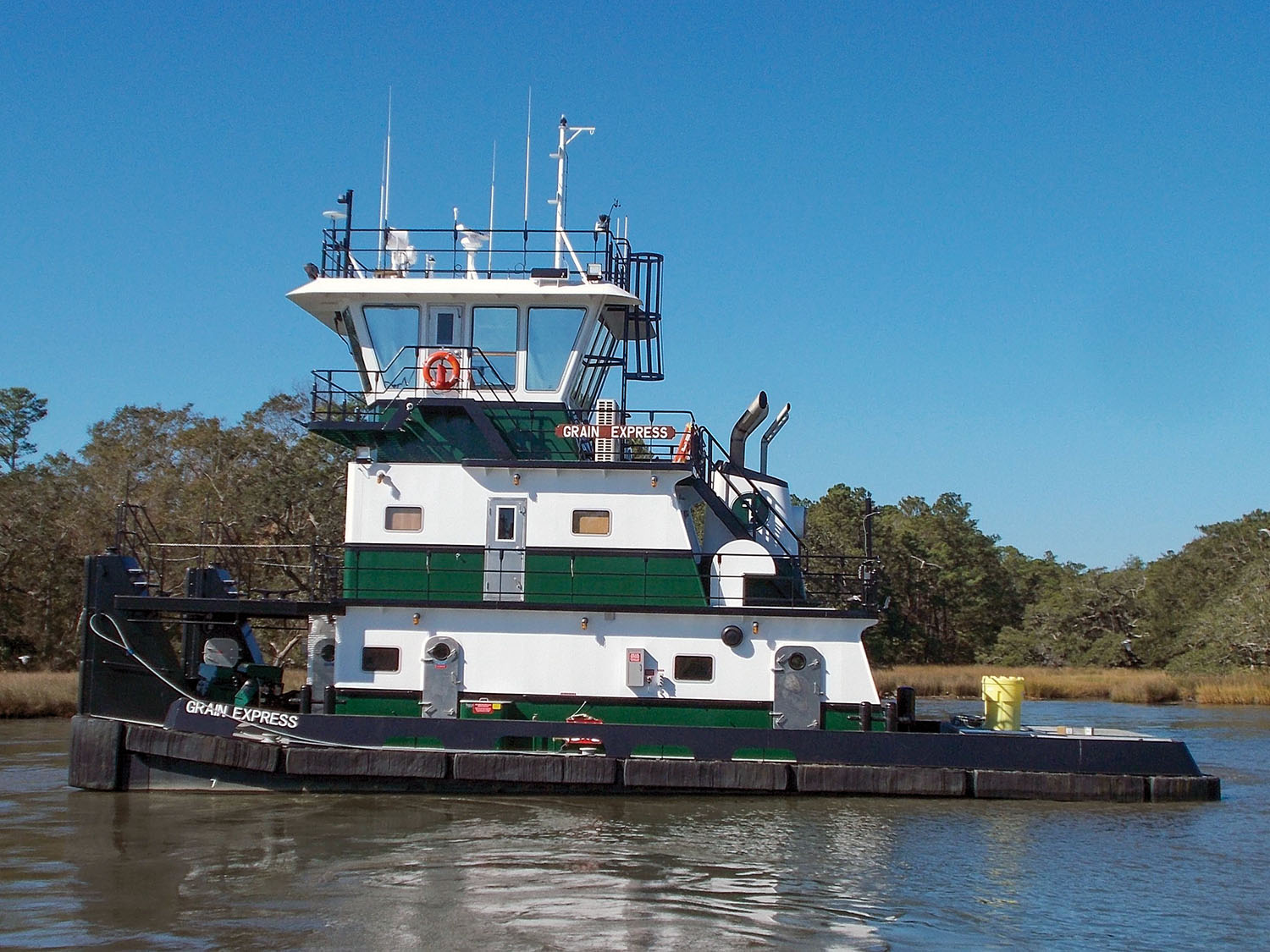 Plimsoll Marine, LaPlace, La., took delivery December 11 of the mv. Grain Express from Master Marine Inc., Bayou La Batre, Ala.  The 76- by 28-foot towboat is the second of four vessels that Master Marine is scheduled to deliver to Plimsoll; the first was the mv. Iron Lady, delivered in September.

“Plimsoll Marine’s goal is to provide the Lower Mississippi River with premier pushboat services, and the delivery of the Grain Express marks yet another milestone in our effort to build and maintain the industry’s most modern fleet of pushboats,” said Angus Cooper III, president of Cooper/T. Smith, parent company of Plimsoll Marine. “We look forward to operating all four of these new vessels, including the Grain Express, at Cooper Consolidated’s midstream terminals and barge fleets.”